Triangle is independent. That means we aren't part of social services or the government, or the police or the courts. On this website you can find out all about Triangle and what we do. 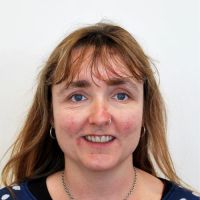 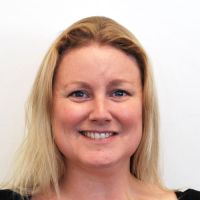 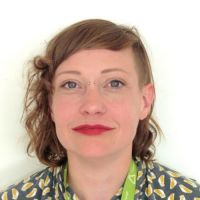 Ways to Get in Touch

Click the little i symbols and you will see 'tell me like I'm 14' and 'tell me like I'm 4'
Triangle supported the youngest ever witness to give evidence about a murder (aged four at trial, 2014).
Triangle provided the first intermediary for a child in a Republic of Ireland criminal trial (2016).
Triangle were involved the first time barristers wore casual clothes for cross-examination (not just no wigs and gowns; 2015).
Triangle first used two intermediaries with a child with extremely complex needs (2015).
Triangle provided intermediary support for the first use of the filmed evidence of a two year old in a criminal trial (2015).
Triangle were involved with the first video ID parade with a young child (2014).
Triangle first used a den in the live-link room for a very traumatised child at trial (2012).
Triangle were involved with the first additional charges laid on basis of evidence given during filmed refreshing of testimony (2012).
Triangle were involved with the first three year old called to trial (2011).
Triangle introduced the first planned use of non-adjourned breaks at trial (2007).
Triangle staff provided the first communication support in investigative interviews (1991, more than a decade before intermediaries were introduced).
Triangle undertook the first pre-recorded cross-examination for family proceedings (2014).
Triangle staff conducted the first interview with a child entirely in drawing and writing (2013).
Triangle staff first used a brief film to explore truth and lies at interview (2008).
Triangle first presented children’s behaviour as filmed evidence in a fact finding hearing about fictitious and induced illness (2002).
People from seven countries have attended Triangle training: England, Scotland, Northern Ireland, Wales, Republic of Ireland, Jersey and New Zealand.
13 police forces have sent officers to Triangle's FQC programme.
115 people have graduated from Triangle's FQC programme.
Triangle's FQC programme has now run 13 times.
We work with babies, children and young people from birth up to age 30.
We have a team of 12 based in the North East, with an office at Teesside University.
All our directors work with children and young people.
All our trainers work with children and young people.
We have worked with more than 10,000 children and young people.
We have supported almost 300 children aged five and under to give evidence.
We have been visited by two MPs, two DPPs and seven Judges!
We have hosted teams visiting from Sweden, South Korea and New Zealand.
We have trained more than 40,000 professionals.
We undertake pre-recorded cross-examinations for family proceedings (where we put the questions to the children).
We are independent: we are not part of any government department or charity.
More than 1000 people have been down our slide, mostly children. Only three people got hurt: a police officer a paediatrician and a judge.
Triangle interviewing teams led the first interviews with a child in a den (2012) and a child’s face off camera (2016).
A Triangle intermediary first brought counsel to the live-link room to conduct cross-examination face to face (2011).
Triangle staff provided the first intermediary for a child witness in a Republic of Ireland criminal trial (2016).
A Triangle intermediary gained judicial approval for a child to give evidence on a rocking horse (2016).

Send Us A Message